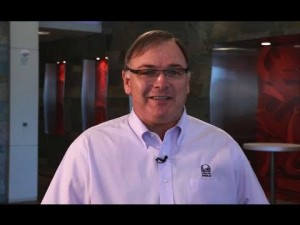 Effective media messaging is a lot like a good taco: It can’t just be crisp, it also has to have some real meat to it. It should be no surprise, then, that a company in the business of making tacos has gotten their messaging just right.

Taco Bell has been on the receiving end of some pretty unflattering media attention lately, thanks to an Alabama law firm which is suing the company, claiming there’s more filler in Taco Bell meat than, well, meat.

So what did the company’s president do? He made a YouTube video, of course.

A Tried and True Approach

This isn’t the first time a fast food company has used YouTube to defend itself against bad publicity. You may recall a similar video from Domino’s Pizza President Patrick Doyle that came out after some rogue employees posted their own video, featuring deliberate and horrendous health code violations. To this day, Doyle’s presentation is held up as a model of social networking PR best practices. The clip pulled no punches, spoke directly to a consumer audience, and reflected a proud determination to protect the brand. The Taco Bell video does exactly the same thing.

Ready for a Fight

Greg Creed’s video, like Patrick Doyle’s before it, reflects a “come out swinging” PR strategy that can be particularly effective when the company has done no wrong. By facing the camera directly, smiling, and casually but firmly presenting his defense, Creed shows he has nothing to hide. Compare that to the “hide under a pile of coats” approach undertaken by many corporations today (hello, BP?), and you can see why this strategy resonates with the public. And little touches like letting us in on “the secret” of Taco bell’s ingredients, provide the kind of substantive messaging that hyperbole can never match.

In order for Taco Bell’s strategy to succeed, social media must be an appetizer, not the entire meal. The next course should be a round of traditional media interviews, so that Creed (or perhaps a proxy) can reinforce the YouTube messaging in broadcast and print. After all, facing reporters shouldn’t cause too much heartburn for an executive whose social media performance clearly qualifies him as a Media Master.