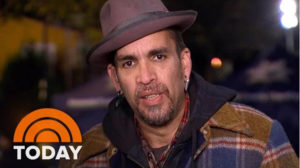 This one is hard to watch. And given the tragic context in which this interview took place (the deadly Oakland warehouse fire), it seems trite to use the term “Media Disaster.” But suffice it to say this was an interview that probably shouldn’t have happened.

The interviewee was Derick Almena, the manager of the warehouse where dozens of young people died over the weekend. His Today Show appearance was characterized by emotional contrition, flashes of anger, and tough questions handled in a distinctly gentle manner.

A Bad Decision Leads to a Bad Interview

The ex-journalist in me admires the Today’ Show’s “get.” This was undoubtedly an interview sought by every other major news outlet. But the media trainer in me (which overrides that former reporter these days) recognizes that Almena probably shouldn’t have chosen to speak.

It’s not just that the fire is sure to lead to litigation and possibly criminal prosecution. It’s also that Almena is clearly still in shock. Even if he was eager to get on TV and apologize for the fire, he was in no condition to do so.

But It Could Have Been Worse

In an era when the media is commonly (and often justifiably) accused of behaving badly, it is worth noting the measured approach taken by Matt Lauer and Tamron Hall. They opened the interview with appropriately tough questions and didn’t let up. But their tenacity never crossed the line into abuse or cruelty. And when it became clear that Almena simply had nothing further of value to add, the anchors concluded the interview rather than allowing it to become more of a spectacle. Less ethical hosts would have continued their barrage, reveling in the viral potential of an interview with a man unhinged.