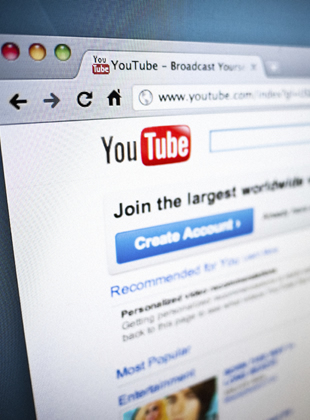 Just because you can make a YouTube video doesn’t mean you should. At least not until you are certain that said video would reflect the integrity and professionalism you want associated with your company.

Smart phones and webcams have given communicators — and non-communicators — immediate and unlimited access to their own private TV studios. And while the “turn-it-on-and-start-talking” approach to video PR can produce successful results when executed properly, it is every bit as likely to serve as a cautionary tale of do-it-yourself media gone wrong.

In-house corporate videos take many forms; from two-person “interview” style clips to slickly produced presentations with music and B-roll. But the following tips apply primarily to the purest form of video communication: the talking head, where a spokesperson is looking directly into the lens, or responding to questions asked just off-camera.

Have something to say

So the client/CEO has invested in some video equipment and wants to put it to use. How about a quick clip for YouTube, Facebook, or the company website? The intent may be admirable, but does the message justify the effort? Would you want to watch the clip if you weren’t involved in creating it?

If not, then come up with something better or shelve the video altogether. Corporate communication, for its own sake, won’t cut through the clutter these days. And worse, it may deter your followers from clicking on more meaningful videos you produce later.

Just because you’re an amateur doesn’t mean that your video has to be amateurish.

As the general production quality of Internet video improves, so do viewer expectations. Don’t place your communicator (or yourself) in front of an office window in bright daylight, no matter how pretty the view is; the shot is liable to be blown out with backlight. On the other hand, natural light illuminating the front of a speaker from behind the camera usually looks better than any artificial light that you can provide at the office.

And set the camera at eye level. Placing it too high forces the speaker to look up, making him/her appear diminutive. Setting it too low creates all manner of extra chin.

Audio matters. Your audience may not always recognize good sound in a video, but they’ll almost always notice when it’s bad. When speech is hollow, faint or smothered in ambient noise, the message is constantly compromised. External clip-on microphones are cheap and sound infinitely better than the mics built into cameras, phones and laptops.

You may not become a master documentarian overnight, but you don’t need to. When it comes to social media video, success simply means presenting meaningful messages in such a way that your viewers don’t ask for their two minutes back.