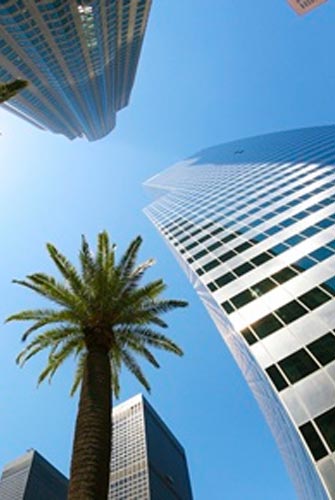 What comes to mind when you think of “Los Angeles media?” If you quickly conjure up images of reality stars, celebrity trials, and car chases, you’re probably in good company. Many people stereotype the nation’s second biggest media market in much the same way they characterize the city itself: as a vapid cultural wasteland concerned at all times with style over substance.

The media landscape in Los Angeles changed forever in 1994, when a retired football star was accused of murdering his wife and her friend in a neighborhood much better known for barking dog complaints than for violent crime. The OJ Simpson case popularized two concepts for Los Angeles news consumers, and indeed the rest of the nation: the live freeway chase, and “gavel-to-gavel” trial coverage. At once fascinating and infuriating, this type of coverage sometimes offered genuine news value, and other times nothing more than cheap entertainment.

Reporters, Anchors, and You

But those seeking Los Angeles media training must remember that the City of Angels is a huge and diverse place, and that goes for news outlets as well. While the Los Angeles Times certainly isn’t the newspaper it once was (what newspaper is?), it is still a legitimate newsgathering organization which has won 44 Pulitzer Prizes, including one for breaking news in 2016 for its coverage of the San Bernardino mass shooting. The median age and experience level of the average Times reporter may have declined over the last few years, but the paper is still capable of serious journalism.

Los Angeles is home to five commercial TV news outlets, which together produce dozens of hours of original news content every day. Numerous radio stations cover the news in Los Angeles, including one all-news station, KNX 1070.

What does this mean for those seeking Los Angeles media training? It means, for one thing, that well-respected, experienced journalists still work in Los Angeles, and they are concerned with more than just entertainment. And because of the size of their audiences, your mistakes matter. Media training becomes more crucial as the potential reach of one’s voice expands.

But the realities of legacy media contraction mean that younger and less experienced journalists are becoming more prevalent in LA. Once a destination market out of reach to all but the brightest senior reporters, the city is now a place where some promising younger journalists actually learn their craft. Los Angeles media training will help you protect your own interests when the person interviewing you may not have the experience or the training to get the story right.

Los Angeles news coverage is a mixed bag of risk and reward, just as with any other news market. And whether or not you opt for media training, it pays to know the media landscape, including (especially) your reporter, before you go on the record.