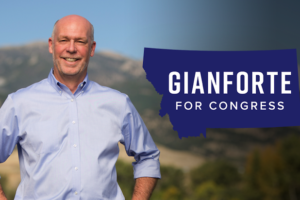 I’m going to go out on a limb and assume you don’t approve of body-slamming reporters. So instead of devoting this post to all the reasons why physical assault is a poor media strategy, I want to pull out and take a bigger look at how we got here, and why it worries me.

First, some context, just in case you somehow missed the story of Montana GOP congressional candidate Greg Gianforte, who was captured on audio allegedly assaulting Guardian journalist Ben Jacobs, after Jacobs asked Gianforte for his thoughts on the Republican health care plan.

Gianforte was charged with misdemeanor assault. Three Montana newspapers withdrew their endorsements of the candidate, but absentee balloting was already well underway when the incident happened, and Gianforte was the clear frontrunner.

For those of us who make a living in media relations, the incident was sobering but not shocking. A number of my reporter friends have told me they have never felt less safe doing their job. The president has designated the press to be “the enemy of the American people,” and has done his best to denigrate, dehumanize, and delegitimize reporters.

House speaker Paul Ryan criticized Gianforte, and suggested he apologize. But if Gianforte is elected, is it really that hard to imagine some of his fellow lawmakers approaching him privately, and congratulating him for doing what they have always wanted to do?

The apparent assault is the inevitable result of an anti-reporter climate that grows more alarming by the day. And here’s the thing: This attitude is not only dangerous and anti-democratic, but it is downright counterproductive to an intelligent public relations strategy.

On two of my recent media training presentations, audience members have asked me a simple –and important– question: Why should we even bother with the media anymore? We have Twitter and owned content, so why take the chance of interfacing with reporters, who will filter our messages?

The answer is simple: The media still matters.

Cable news is enjoying a ratings renaissance. Newspaper readership is still strong, albeit online. There are more independent journalists and niche news outlets than anytime in history (and many of them are even reputable). Communicators who fear, avoid, or hate the media are depriving themselves, and their companies, of a still viable communications tool that reaches audiences beyond the social realm.

And finally, the Greg Gianfortes of the world would be wise to remember a lesson that President Trump is learning the hard way: No amount of despising the media, no amount of body-slamming reporters, will make them go away.

Quite the opposite, actually.