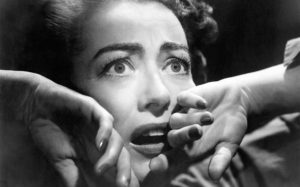 I knew she was in trouble the moment I clipped the mic on her.

I wanted to help her, but I was transitioning from coach into “reporter” at that moment, and the media training process required a realistic on-camera experience for my trainee, even if that meant she was going to feel uncomfortable.

But this woman, a smart, articulate, passionate spokeswoman recently hired by a well-known non-profit, wasn’t just uncomfortable. She was slipping into a full-blown panic attack.

“I started shaking, I felt lightheaded, and my throat closed up. A few seconds later, my eyes welled up and I knew I was about to cry,” she later wrote me.

When my trainee –I’ll call her Kate– halted her own interview and returned to her seat at the conference table with her colleagues, I knew I’d never get another crack at her. That had always been the case on those rare occasions when panic aborted a media training drill.

But this time I was wrong. What happened next actually inspired an old grizzled media trainer and ex-reporter who thought he’d seen it all.

Kate returned to the hot seat. I wasted no time resuming the interview, fearing that her newfound confidence might be short lived.  But it wasn’t. Kate knocked it out of the park with a series of clever responses to tough questions, and powerful, message-oriented sound bites.

“I asked myself, ‘What in the world am I so scared of?’ The three things I came up with were: saying something stupid, not knowing the answer, and saying something wrong. The more I thought about it the more I realized that I was better than those fears. I kept telling myself, “YOU are the subject matter expert, not him. YOU have been living and breathing these discussions for more than a year, not him. YOU know the answers better than anyone in this room and YOU can answer the questions however you want.”

You should have heard the applause in that conference room when Kate’s interview ended.

Camera shyness –more accurately, camera phobia– is surprisingly prevalent. And, unfortunately, not everyone can talk themselves out of it as easily as Kate. But if you hate the idea of doing on-camera interviews, read her words again, because they are absolutely true.

One of the key benefits of media training is exposing, addressing, and hopefully reducing discomfort in a safe and supportive environment, so that trainees are able to manage/master that discomfort when the interviews are real. You won’t go into media training hating cameras and emerge loving them. But if you’re like Kate, you can put it all in perspective.

Kate tells me there is a framed quote from Ambrose Redmoon hanging in her home office which reads, “Courage is not the absence of fear, but rather the judgment that something else is more important than fear.”

I mean no disrespect to Mr. Redmoon when I say he would have made an excellent media trainer.