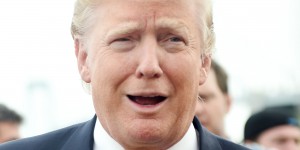 Donald Trump had barely announced his candidacy for president last year when I started getting the emails.

Many subscribers to this newsletter asked me, quite justifiably, when I would feature Trump as a “Media Disaster.” My reply was simple:

As soon as it stops working for him.

No video included in this post. For video of  Donald Trump, please turn on your TV.

Like many political and media analysts, I was convinced it wouldn’t be long before the New York billionaire’s special brand of bellicose self-promotion, questionable (and, at times, nonexistent) platform explanations, and vicious negative campaigning would result in a public implosion rivaling that of an abandoned Atlantic City casino.

Needless to say, I’m still waiting. Not only has Trump avoided self-destruction, he is now poised to clinch the Republican nomination.

In reaching these heights, Trump has defied nearly every rule of campaigning, but also every rule of media training. It appears there is nothing he can say or do to damage his standing among his supporters.

It isn’t that Trump’s fans admire him in spite of his plain spoken, spontaneous, and politically incorrect bluster. Rather, they love him because of it. Trump’s supporters want to see the apple cart upended. And if traditional politicians, reporters, and analysts have a problem with that, who cares?

It would be irresponsible to call Trump a “Media Master” when so many of his quotes in traditional and social media seem politically suicidal. And yet one cannot, in good conscience, declare him a “Media Disaster” when he continues to enjoy the impunity described above.

So what are we to make of this living, fire breathing counter-example of sound media strategy? At the very least, we need to remember that we are not Donald Trump. “Ordinary” media communicators who decide to emulate his style in the hopes of achieving the same results will surely do so at their own peril. Trump should be viewed the same way one would consider a foreign diplomat caught with a prostitute; the rules don’t apply to him because he has immunity. And if we try the same behavior, the consequences will certainly be different.

It should also be noted that Trump and his supporters are having a very real impact on the nature of discourse on the political stage. Anyone who watched the most recent GOP debate noticed that Trump’s strongest opponents, Marco Rubio and Ted Cruz, have been forced to become much more Trump-like in order to compete. Meantime, softer spoken candidates such as Ben Carson, Jeb Bush, and John Kasich have become political afterthoughts.