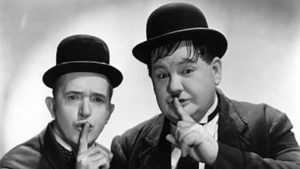 You’ve probably already recognized that the title of this post is a red flag, and the only prudent answer –at least when a reporter asks– is a resounding “No!”

“Off the record” and “on background” are getting a lot of attention in the media, as the Trump administration grapples with leaks, and reporters run stories featuring tips from unnamed White House sources.

So what, exactly, do those expressions really mean? Don’t feel bad if you’re not sure. I’ve known reporters who aren’t totally certain about these concepts. But here’s the difference between them and you: If a journalist gets it wrong, he just burns a source. If you make a mistake, the result could be a PR catastrophe.

“Off the record” means you are presenting information that is not intended for publication or broadcast.

Even as a reporter, I never understood why a source would want to go off the record. Journalists are trained communicators; they spread information for a living. Giving a reporter important information but insisting it remain off the record is little like calling the police to report your drunk-driving uncle, under the condition that they not arrest him.

Seasoned journalists will discourage off-the-record conversations but most will still honor them. So what’s the risk? There’s generally nothing to prevent a reporter from using your off-the-record information to conduct a new interview with a new source, and potentially confirm the information without your direct participation in the story.

On background means that the reporter may use the information, but only under certain agreed upon conditions; usually that the source’s name be withheld.

Whenever an article states the information came from White House sources who have knowledge of the situation but declined to be identified because they are not authorized to speak to the media, it means the source was speaking on background.

Background briefings were around long before Mr. Trump went to Washington. They can be an effective tool for media communicators who wish to publicize information but not their names (think whistleblowers and political operatives).

But just as with “off the record,” going on background is a risky move. There’s always the chance that your identity will be revealed inadvertently, or that others in your industry will simply assume you’re the source.

For the average media communicator, a good rule of thumb is simply never to have a conversation with a reporter that you wouldn’t want publicized. Oh, and don’t forget: Everyone is a reporter.